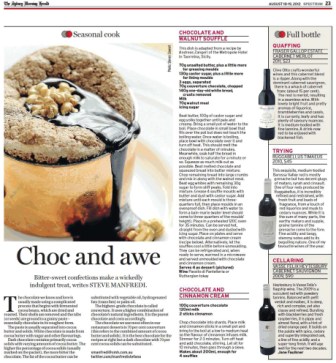 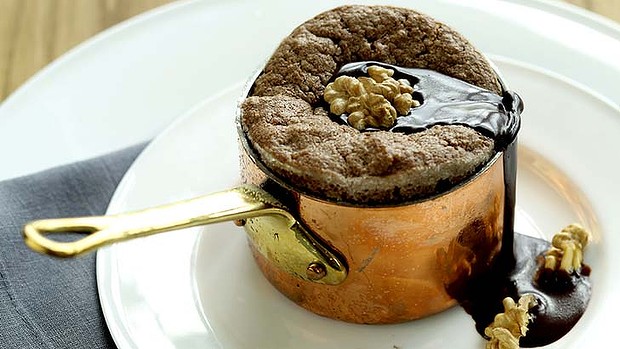 The chocolate we know and love is usually made using a complicated process that begins with fermented cocoa beans, which are dried and roasted. Their shells are removed and the nibs (or seeds) are ground to a grainy paste – essentially chocolate in its roughest form.

The paste is usually separated into cocoa butter and solids. White chocolate is made from cocoa butter with sugar and other flavourings.

“The higher the percentage of cocoa solids (usually marked on the packet), the more bitter the chocolate.”

Dark chocolate contains primarily cocoa solids with varying amounts of cocoa butter. The higher the percentage of cocoa solids (usually marked on the packet), the more bitter the chocolate. The fat of the cocoa butter can be substituted with vegetable oil, hydrogenated fats (trans fats) or palm oil.

The highest-grade chocolate is called couverture. It uses a higher combination of chocolate’s natural ingredients. It is the purest chocolate and costs accordingly.

The chocolate we use most often in our restaurant desserts is 70 per cent couverture (this refers to the combined amount of cocoa butter and solids). It is the best chocolate for the recipes at right but a dark chocolate with 70 per cent cocoa solids can be substituted.

This dish is adapted from a recipe by Andreas Zangerl of the Metropole Hotel in Taormina, Sicily.

Beat butter, 100g of castor sugar and egg yolks together until pale and creamy. Bring a small pot of water to the boil. Place chocolate in small bowl that fits over the pot but does not touch the boiling water. Once water is boiling, place bowl with chocolate over it and turn off heat. This should melt the chocolate in a matter of minutes. Meanwhile, soak half the bread in enough milk to saturate for a minute or so. Squeeze as much milk out as possible. Beat melted chocolate and squeezed bread into butter mixture. Chop remaining bread into large crumbs and mix in along with the walnut meal. Beat egg whites with remaining 30g sugar to form stiff peaks. Fold into mixture. Grease 4 souffle moulds with butter and dust with castor sugar. Add mixture until each mould is three-quarters full, then place moulds in an ovenproof dish. Fill dish with water to form a bain-marie (water level should come to three-quarters of the moulds’ height). Place in a preheated 120C oven for 35 minutes. Can be served hot, straight from the oven and dusted with icing sugar. Place on plates and serve with chocolate and cinnamon cream (recipe below). Alternatively, let the souffles cool a little before unmoulding. They can be refrigerated and, when ready to serve, warmed in a microwave and served unmoulded with chocolate and cinnamon cream.

Chop chocolate into shards. Place milk and cinnamon sticks in a small pot and bring to the boil at a low to medium heat so the flavour of cinnamon infuses milk. Simmer for 2-3 minutes. Turn off heat and add chocolate, stirring. Let sit for 10 minutes, then pass through a sieve.

Makes about 200ml, enough for 4 souffles